Becoming a gentleman of Légère

Despite having an almost allergic dislike for the sensation of wood on my tongue which makes me avoid wooden cutlery, chopsticks and Ice lollies like asbestos, the prospect of a synthetic reed has never appealed to me, it agitated that same part of my brain that still thinks vinyl sounds better and that ‘craft ale’ is hipster nonsense. After doing some field testing it turns out that I can’t pass the CD/vinyl blind test, there’s nothing wrong with craft ales and synthetic reeds are NOT the reed equivalent of a plastic saxophone.

Now before you roll your eyes back and think “he’s just trying to sell us some fancy reed that’s 5 times the price of a normal one” just do some sums. A synthetic reed costs just over £20 and people claim that they last anywhere from a few months to a few years!! (depending how picky you are) So if you spend more than £10 a month on reeds then a synthetic reed, if only living up to the shortest of expectations, will save you money, like….real paper money that you can spend on IPA. 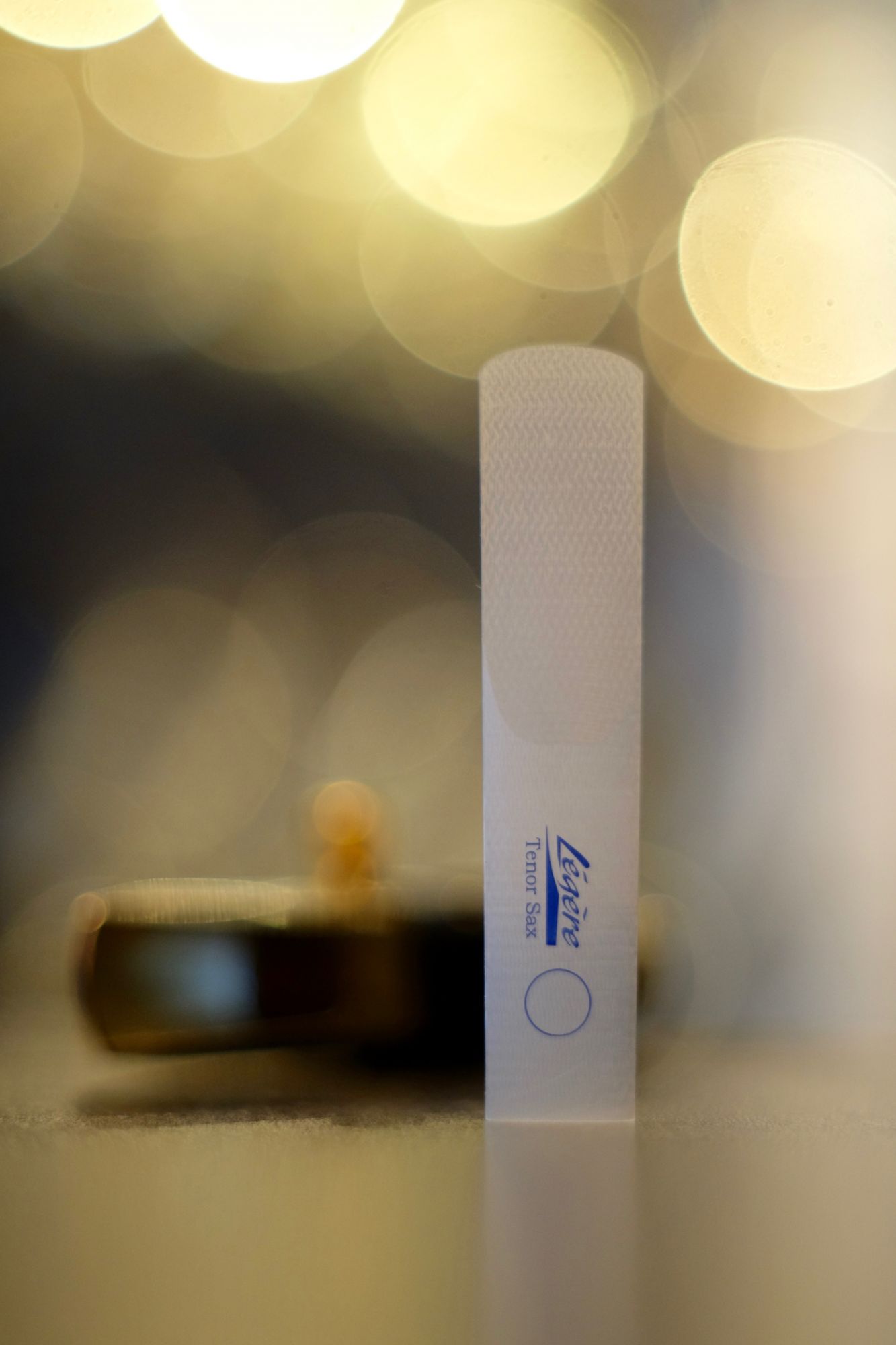 “Ok, so it’s cost effective, but I don’t care about money, only about my sound maaaaaan”

There is a difference in sound, it seems to be a much more even tone across the range with not so much bottom-end-bite and higher tonal peaks that you usually find when you really push a cane reed, for me it is a little warmer at the bottom than cane but maybe not quite so full bodied up top, but I only put it on today so I would expect my embouchure / airflow to take some adjusting until I achieve the best sound I can from it**. Either way it’s damn close, and if it means I don’t get goosebumps the first time the reed touches my tongue and I can stick with the same reed for months instead of days then it becomes an attractive prospect. There’s worse bits of kit to have in your case for those ‘me Vs reeds’ days, right?

WARNING: Legere reed strength is a bit weird, for tenor I suggest going down a half strength but for alto get a half strength harder than your regular brand. If you want to get really geeky, here's the official strength guide.

Soooo…I’m going to use a (Legere Classic 2.5 Tenor) for as long as I possibly can and maybe report back with an equally thrilling retrospective account of it’s life cycle. #betyoucantwait

**Even after a couple of days of playing this reed the sound has settled to what is in fact quite a nice, even, kind of contemporary mark-turner-ish sound, Basically I sound exactly like Mark Turner now, same notes and everything.