Link Slant: War of the clones

If you want to get that vintage Otto Link sound you’ve heard from the greats but don't want to trawl eBay or pay best part of £1k, then crudely speaking you have four choices.

3.Buy an Otto link slant copy from a modern manufacturer

4.Come to terms with the fact that you’re not Stan Getz and quit ya whingeing 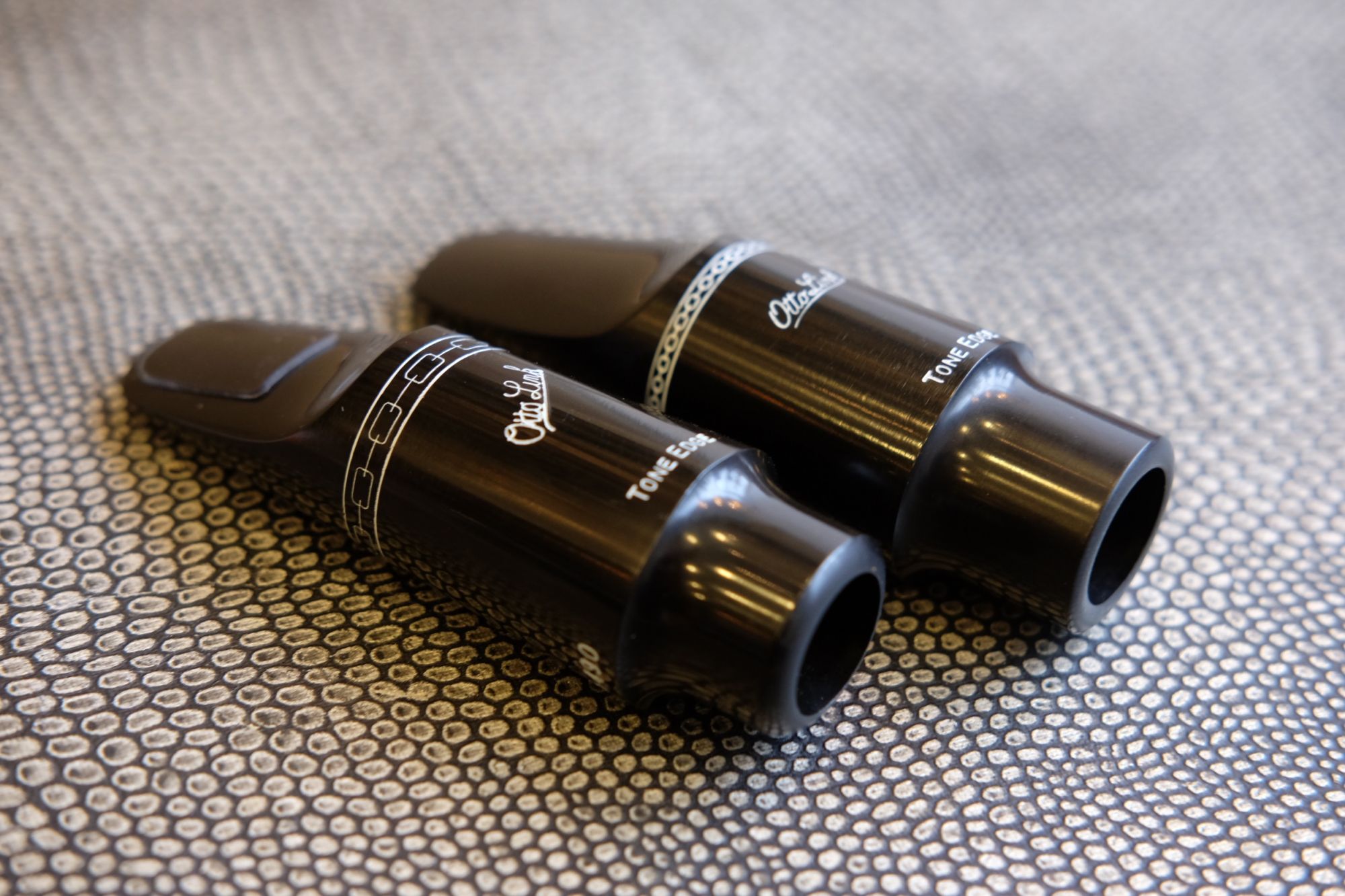 The cheap option, only about £100, and it’s great. The common complaint about modern ebonite links is that they’re a ‘bit stuffy’, which may be true in some cases. However it’s also worth noting that they vary a lot from piece to piece, so you wouldn’t be foolish to try out a bunch of new ones to find the one that suits you best.

So Otto Link have recognised the demand for their older mouthpieces by releasing a modern ‘vintage’ model which is genuinely closer to the real (old) thing. The chamber might be a touch bigger than a modern tone edge, that’s how it feels anyway, but there’s definitely a higher baffle near the tip which gives it a little more sting than a standard link. It costs a few quid more but still only trunk change in comparison to a genuine Florida made Tone Edge.

Option three is multifaceted because there’s tons of reputable mouthpiece makers out there and even more newbie manufacturers with a CNC machine or 3D printer who fancy their chances of making a half decent slant copy….and fair play to them. Most of them are ok, but some are sublime. Here’s 3 of the best IMO to start you off:

Aizen TSLS: Their website says“If anything, we feel that we've improved on the original”.

when I read that I thought, wow Billy big balls has a lot to live up to?! but to be fair it’s a beautiful piece. Nowhere near as punchy as most of the slants I’ve tried but this has an airy warmth constantly hugging the tone which genuinely reminded me of Stan Getz, although I’m sure Getz’ sound was not because of a particularly fuzzy link he happened to have. Disclaimer: I’m not saying I sound anything like Stan Getz on any mouthpiece, unless he'd had about 8 pints… and amnesia.

Morgan Fry Vintage: This is a spectacular mouthpiece which seemed a bit broader than the others I was trying, a particularly full sound which didn’t thin out at the upper end like a lot of hard rubber mouthpieces I’ve tried. Not quite as ‘Getzy’ as the Aizen but certainly a bigger payload.

Pillinger Link Slant copy: Although Ed has a wide range of vintage inspired mouthpieces, he also offers a straight up moulded copy of the real thing (hand faced of course). I tried a couple of sizes and they were utterly glorious, both a bit different but both struck a perfect balance between tone, power and projection. 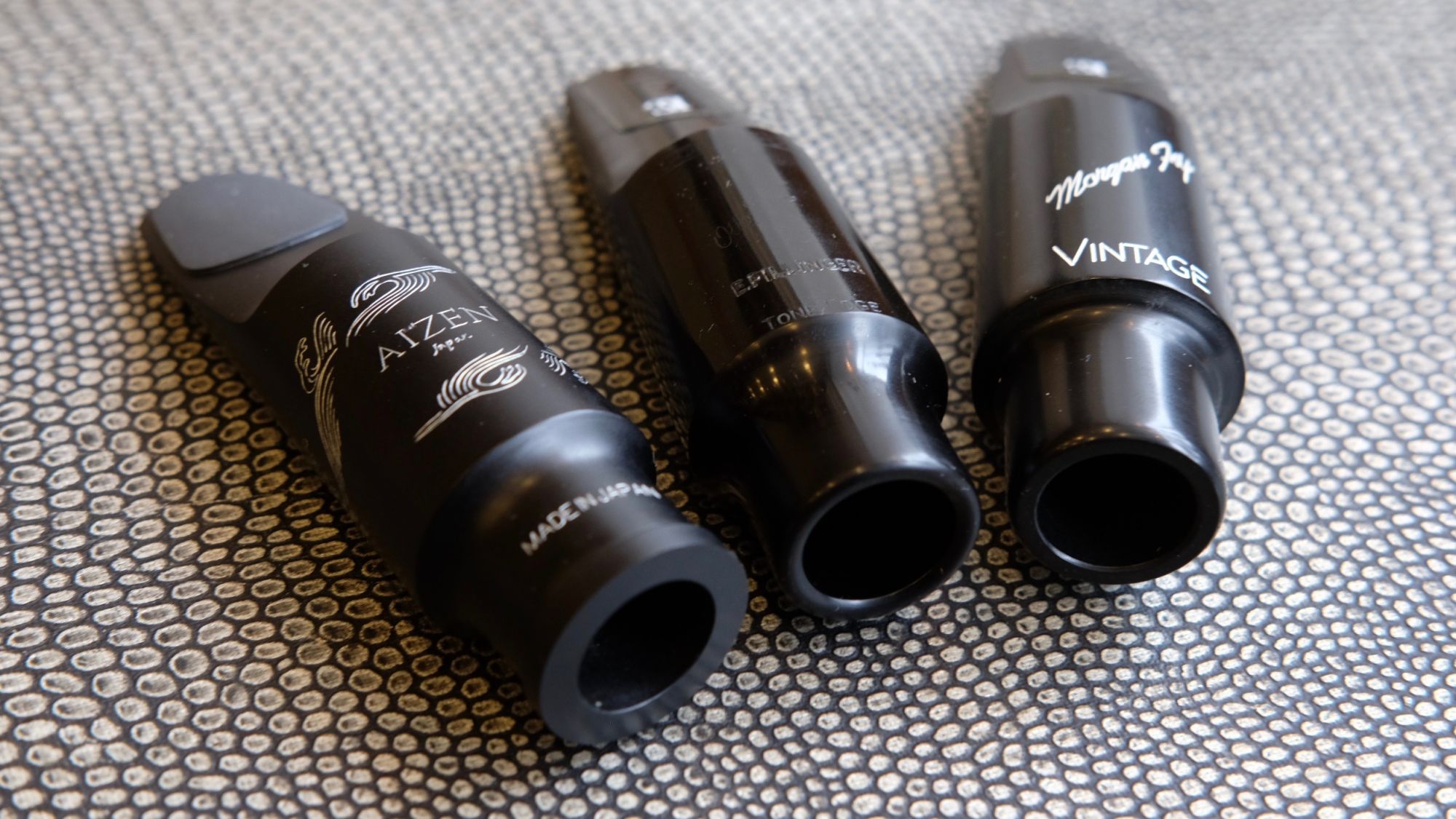 No mouthpiece will make you sound like Stan Getz or any other hall of fame player. They sounded like they did mostly because of their technique and physiology and almost every player striving for ‘that sound’ could benefit far more from working on their technique rather than expanding their mouthpiece collection. But on the other hand it’s either a new mouthpiece or 10,000 hours of practise soooooo……