We get customers bringing in their saxophones and paraphernalia every day for repairs, trade-ins and general geekery and a conversation I often have with as I’m ogling down the throat of someone's mouthpiece is along the lines of them apologising for the “disgusting” state of the inside of their mouthpiece and me replying with something like “That’s completely normal”… or “I’ve seen much worse” (which is a lie, you’re all disgusting) but often moves to me politely offering some advice about how to care for one’s beloved mouthpiece. None of which is baffling, most of which is boring, but all of which I will share with you in this short cliffhanger of a blog.

When you play a wind instrument unfortunately it’s not just air that passes through, there’s a fair bit of saliva and food all of which contain acids, oils, digestive enzymes etc. Most of this stuff builds up as that horrible brown gunk which can be removed fairly swiftly with a mouthpiece brush but some more stubborn stuff can be harder to shift, most notably calcium deposits which appear as little white spots on the inside of the mouthpiece (this is basically like the limescale build up you get in your kettle). Calcium deposits can be removed with either warm water or sometimes a little vinegar if it’s really tough. Be aware that really hot water can sometimes react with ebonite mouthpieces causing some discolouring and, in extreme circumstances, warping. Metal pieces - go nuts (within reason).

All this build up doesn’t just look rank it’s also full of bacteria, fungus, and other nasty stuff that may potentially cause health problems, so you might want to consider a sterilising spray if you want to be squeaky clean.

Ok, so you know how to clean it when it’s dirty, but how can you stop the build up in the first place? Well (obviously) it’s mostly just a matter of cleaning it regularly, twice through with a small pull through after playing should suffice, and if you can, leave it out of the case to dry out before packing it away. Ideally if you have time give it a thorough cleaning with some washing up liquid about once a fortnight, this should stop any really nasty stuff setting in.

‘Minging Reed Disorder’ is an inexcusable condition with stems from not cleaning out your mouthpiece and drying off your reed after every use. If the inside of your mouthpieces is minging, your reed is gonna be minging and you’ll look like Gollum when you take your skanky reed off in front of people. This can be avoided if you take your reed off the mouthpiece after every use and give it a quick wipe. You’ve probably heard some stories about how people store their reeds in jars full of vodka, olive oil, or even weirder stuff, but I’m unaware of any empirical evidence to prove that this does or doesn't make a blind bit of difference, so I’m not going to tell you that they’re wrong…

However, keeping your reeds at the correct humidity is not mental at all, if you keep them too anhydrous (google it) they can dry out and warp, equally if you keep them too moist they’ll start to smell a bit damp and you might even start cultivating a micro-audience on the back of your reed. Common sense will be enough to make sure they don’t get too funky but if you’re still struggling then you can buy a humidity controlled reed holder thingy, we stock one from D'addario and one from Vandoren.

Another reason to clean your mouthpiece, and more specifically remove your reed after EVERY USE! is so that the corrosive residue left between the reed and the mouthpiece doesn’t start to degrade the actual surface of your mouthpiece (especially the plating on metal mouthpieces), most importantly the part that comes in to contact with the reed. If the table and rails aren’t completely smooth and uniform they won't seal perfectly and your reed won’t be functioning efficiently. Don’t do it kids. 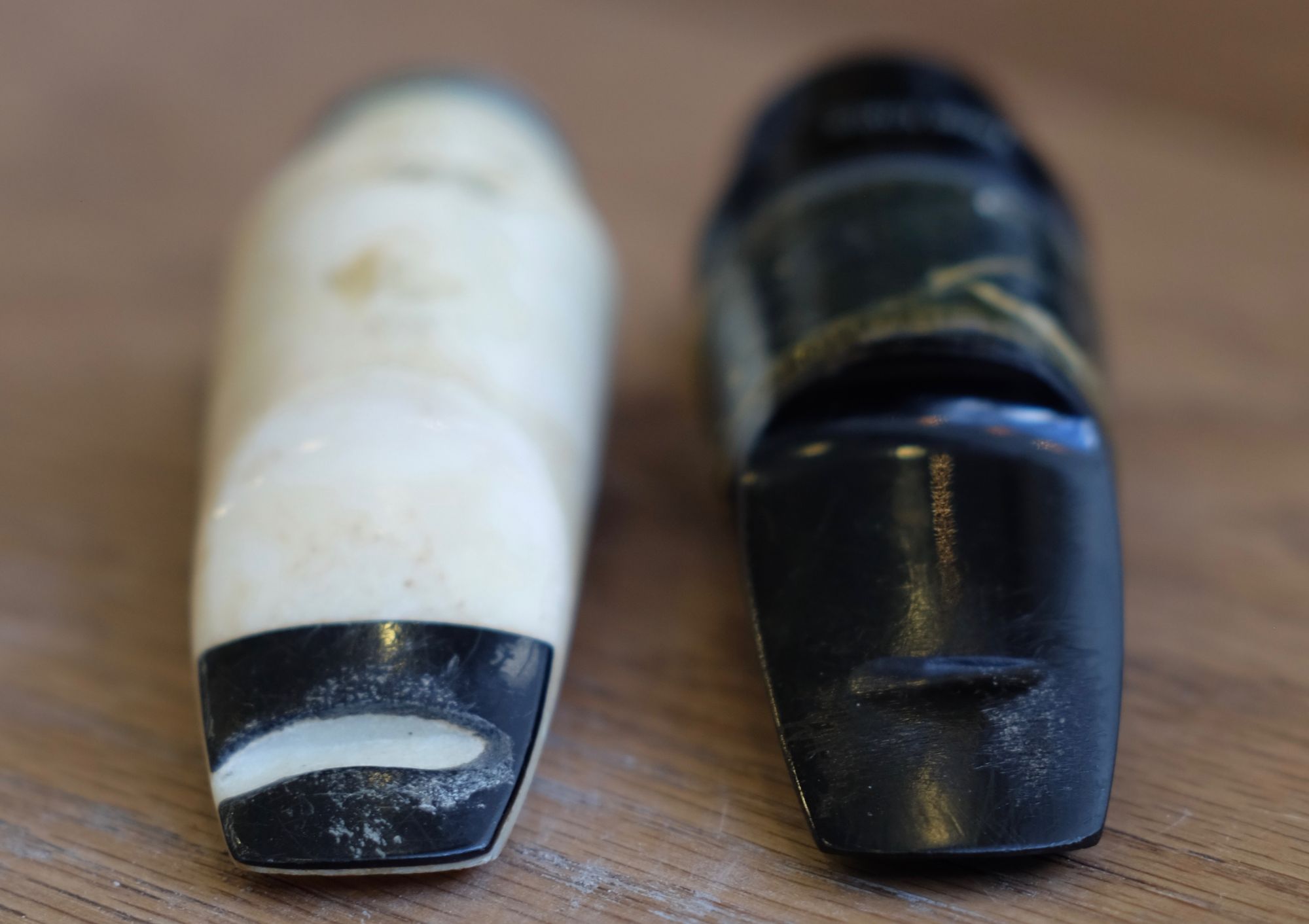 If you’re worried that your mouthpiece has suffered to the point where its functioning poorly then show it to your local sax specialist to discuss your options…it can be fixed! In regards to the business end of your mouthpiece (the beak) it's a good idea to use a mouthpiece patch, even if it's just a really thin one as your teeth will slowly wear away grooves in the mouthpiece making it eventually unplayable but in the short-term seriously devaluing it.

I’m sure most of you are au fait with best practise when it comes to mouthpiece hygiene, but hopefully this may have enlightened some of the more inexperienced players, helping them to avoid the embarrassment of baring a not-so-minty-fresh mouthpiece to the world. Now go and fetch a spoon to scrape out the piles of rancid filth that's suffocating your mouthpiece you horrid little grot bag.

Seriously though, don’t use a spoon.

Do you have any clever tricks to keep you whistle clean? leave your suggestions in the comments below!