Well I know there’s some important stuff going on right now, the general election….Trump just met the Pope, Portugal won Eurovision, all big stuff. But I think we all need to take a step back and think about the real important issues facing us today. Yes……reeds.

So I’m not here to bang on about the subtle differences between the tip strength of a Vandoren V16 and a Java Green (snort…chorttle…..guffaw). I’m just going to draw your attention to a brand which I was unfamiliar with until last year, Rigotti Gold Jazz.

They’re made from top notch french cane, down near St Tropez. That stuff is so good that a few other companies that I know of are buying their cane to make their own reeds or having them made right there by Rigotti, OEM stylie. The reeds don’t have the super slick finish and appearance that you get from Vandoren or D’Addario (Rico/La Voz etc), they’re all a little bit uneven, and they feel rough like a cat’s tongue. But don’t let their car-boot-sale appearance fool you, these reeds blow really well and consistently too in my experience (I’ve been through 2 packs of 10 now and only had to discard 2 and REALLY break one in). They sound really warm with quite a bit of fuzz going on, a bit scratchy like vinyl.

They’re a little soft though so you might need to go up half a strength from your Vandoren equivalent, Nick Dover plays strength 4 Rigotti but he’s Scottish. Also, they mark each reed in the box as being soft, medium or hard by colouring in (or not) certain letters of the word ‘Gold’ on the back - neat huh?

Anyway, I’ll let you get back to ranting about #GE2017 now but next time you’re shopping for lollypop sticks, consider Rigotti. They could potentially make a marginal difference to a very small aspect of your playing.

....but a difference nonetheless. 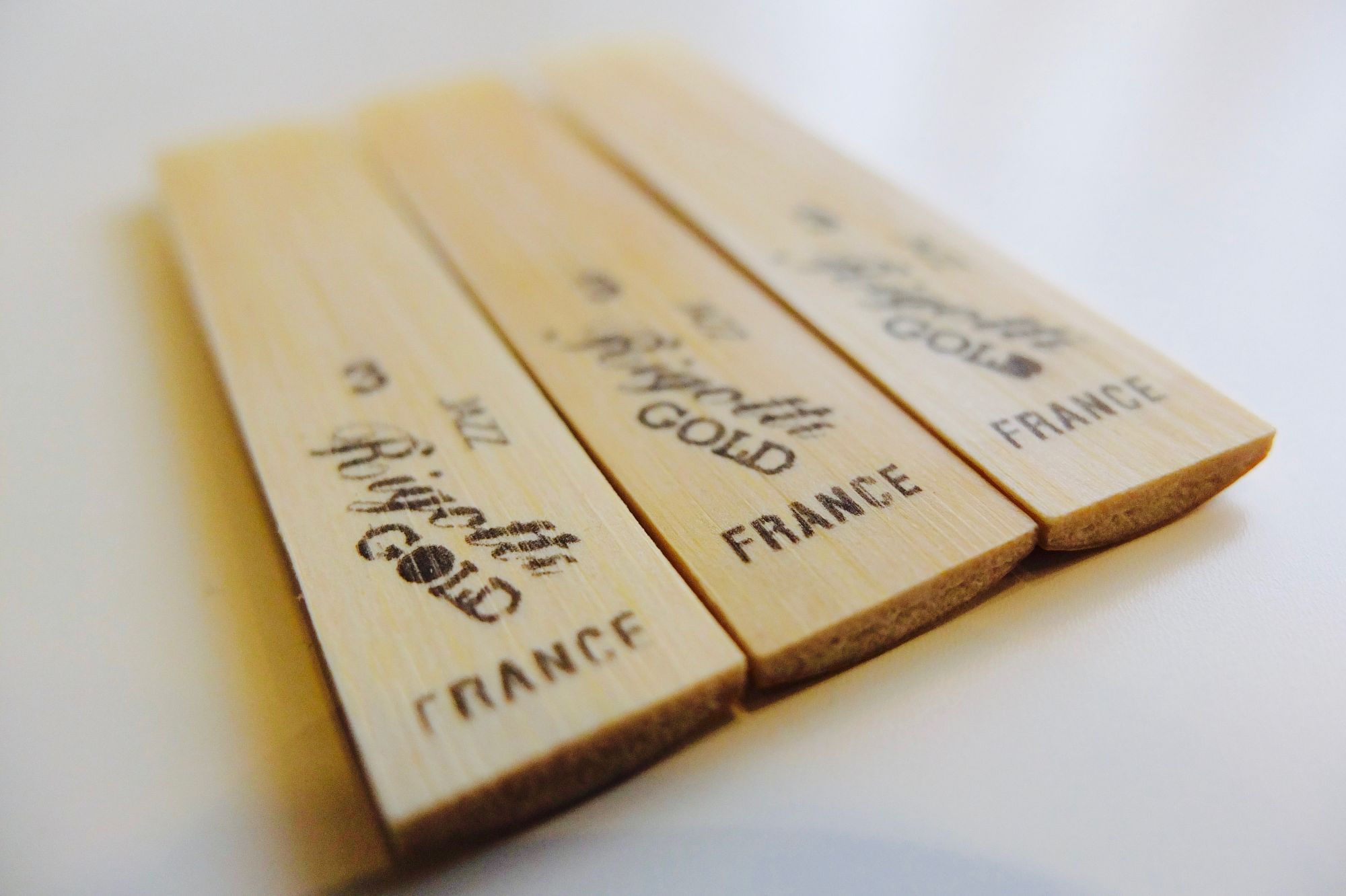