After meeting head honcho of SR Tech (Ronald Singer) in London last week and having played the SR Tech Metal ‘Legend’ tenor mouthpiece for just over a fortnight I thought it would be an appropriate time to write about the range of mouthpieces from SR Tech, specifically their range of metal tenor pieces, Titan, Legend, Pro, and Fusion (in order of darkest to brightest).

The first thing to note is that SR Tech don’t offer the complete range of tip openings like most manufacturers, they offer all their pieces in a tip opening equivalent to about a 7*/8 link, with one wider option for the fusion and the pro which is equivalent to about an 8*. Does this matter? well fortunately not for me because I generally prefer a 7* and occasionally an 8 if I have a few coffees first. So if you like a particularly closed or open mouthpiece then you might struggle with this range, but for most players they’ll just save some time by not having to try every size under the sun until (like the majority of experienced players) they settle on a 7* or an 8.

The next thing to mention is the external appearance of the mouthpieces, they all basically look the same (apart from some shank detail on the titan) with a fairly contour-less bullet style gold plated design with a big ‘USA’ engraved into the shank, but despite this strong patriotic look, playing them doesn't make everything sound like Star-Spangled Banner and make eagles fly out of the end of your horn shouting...

In fact, quite the opposite in the case of the Titan and the Legend. 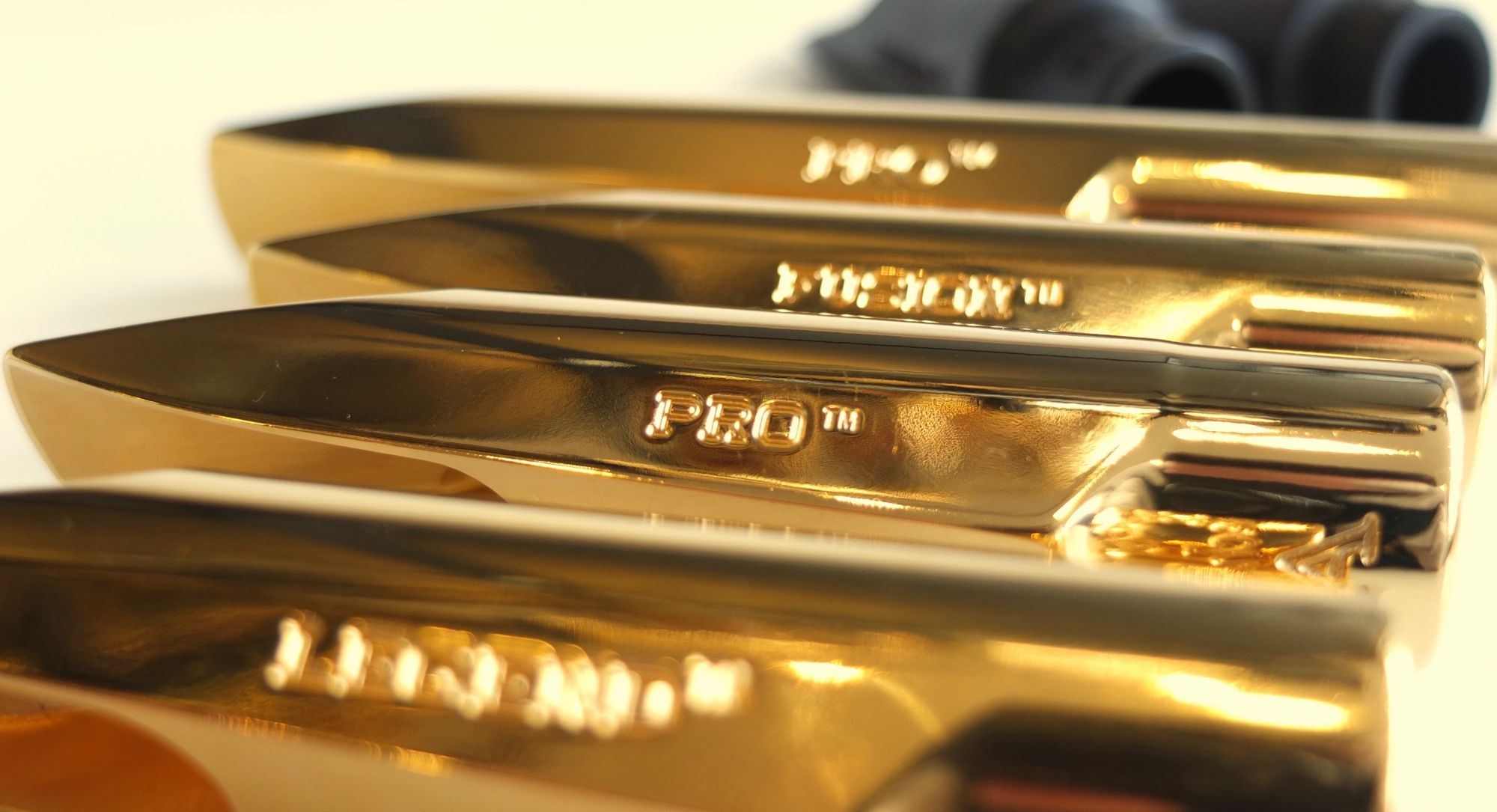 So, the mouthpiece I’ve been playing for couple of weeks is the Legend, which is a low baffle, open chamber vintage link style mouthpiece and that’s exactly what your getting, a thick creamy column of tone coated with a breathy crust which gives you great husky sub-tones but if you put a bit more air though it will clean up the tone ready for your best Coltrane impression (mine’s terrible). If you’re looking for a link style metal mouthpiece you’ll probably find this a bit more versatile than a brand new link and the price a bit less eye-watering than an original florida model.

Then there’s the Titan, which is basically the Legend’s softly spoken Parisian pen-friend. The same big creamy column of sound but after dinner when you want to watch Top Gear, the Titan goes outside to smoke a cigar and read poetry. There’s tons of Dexter going on with this rollover baffle style piece, and maybe even a little Webster, but no Brecker or Berg….so you won’t have to hide your glassware. 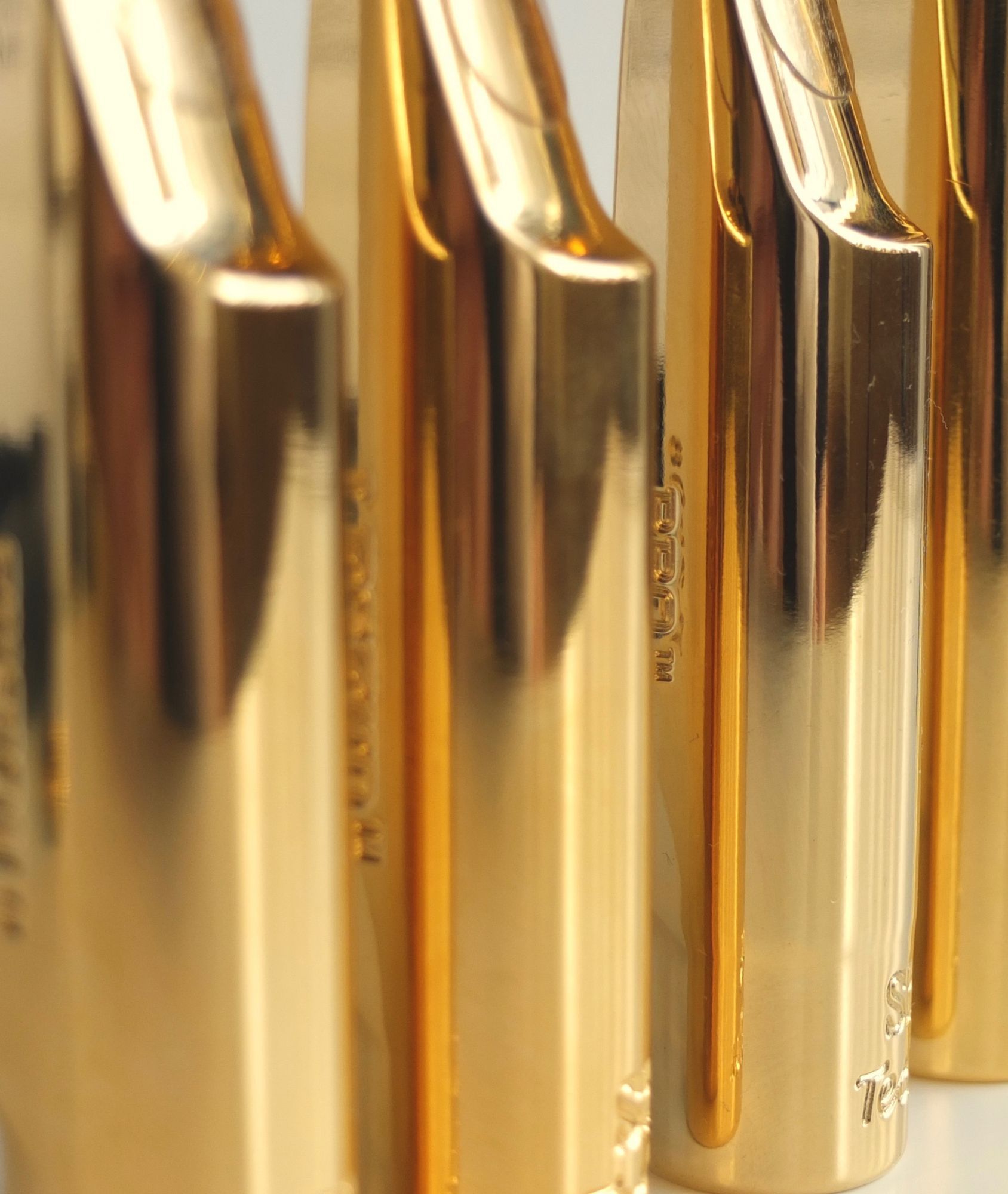 The other two mouthpiece models are aimed at a more contemporary sound.

The Pro is another open chamber but this time with a fairly high baffle which gives it a little more edge, the tone is very even throughout despite not having quite the low end warmth of the Titan or the Legend, it maintains a full rich tone all the way to the top, in a similar way to some other modern design metal pieces it’s clearly designed as a one-size-fits all which feels more at home on the edgier side of life, if you like playing funk or you’re going for a more contemporary sound then you’ll probably get on with this.

So that leaves the Fusion, a quick look at the high step baffle inside suggests ultra obnoxious playing and noise complaints from most of your neighbours….which isn’t a million miles away from the truth, but only if you want it to be. The low end response on this mouthpiece is very surprising, it almost produces sub-tones like the low baffled Legend but it’s got power and attack for days as soon as you even give it a whiff of skunk funk. Unlike famously silly baffled Guardalas, you could probably play a whole set of ballads on this piece without having to repaint the walls.

All in all, SR Tech have produced a fabulous array of tenor mouthpieces, each with a distinct personality and purpose due to the varying baffle designs. And even if they don’t offer a 9* tip opening, they do offer one of the most playable ‘vintage link’ style open chamber pieces on the market today along with a couple of fruity little numbers to annoy your neighbours with.

So if you're a tenor player on the lookout for a new mouthpiece, and you can warrant spending £369 on a new piece, come down to our showroom and try out the SR Tech range!