Vandoren and their large chamber of secrets 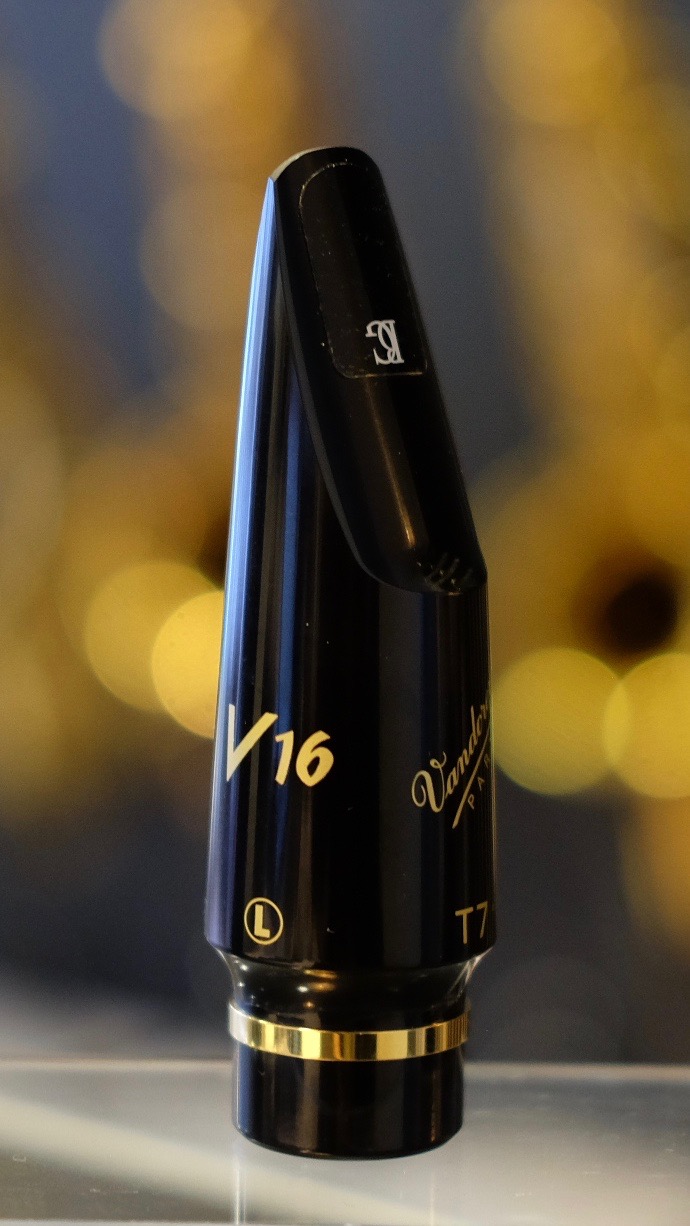 The biggest shocker these days when it comes to Vandoren sax mouthpieces is the mentalists on eBay paying over £1000 for blue Jumbo Java mouthpieces because they want to sound like Warren Hill or have eternal luck or something, but what you might not have heard so much about is the latest edition to the V16 range of sax mouthpieces; the large chamber V16 ebonite Tenor mouthpiece… Duh duh DUHHH! Ok, so it doesn't sound overly sexy, they haven't called it the Supersonic Face Stabber, but why would they…it’s Vandoren, they're French, they’re classier than that, they’ve got cheese, chateaux, Eric Cantona. They’re staying in the EU.

The V16 large chamber has been available in metal for some time (it’s great) but what I noticed is that it seemed to work best with a large tip opening (I think it was a 9) which quite frankly sounded mega but I didn’t have the chops for it. The same thing seemed true about the ebonite in that it sounded best on the widest tip opening (9 for sure this time) but I didn’t find it so hard to blow, maybe the dimensions of the ebonite beak allowed for a more relaxed embouchure which helped control airflow? Maybe we had a few too many coffees that day? dunno. All I know is that it’s still on my horn a month later and I’m (still) hernia-free.

The sound is as you'd expect, very broad and warm. Ultra luscious lows with surprisingly full highs as well. It might not be your cup of tea if you favour a pokey baffle but if you love a straight up large chamber ebonite no frills, then this one is definitely worth the modest handful of Euros they want for it.

Disclaimer: I’m not trying to be billy big spuds and say that playing a huge tip opening is the only ticket to tonehenge (I usually play 7*ish) but it seemed to work best for me with the gaping 9 tip opening and, wait for it……strength 2 rico orange box. If you love sub-tone but aren’t particularly good at it you’ll love the wide/soft combo on this piece. Peace.